Central's 90th Anniversary: Books, Music, and Movies Through the Years 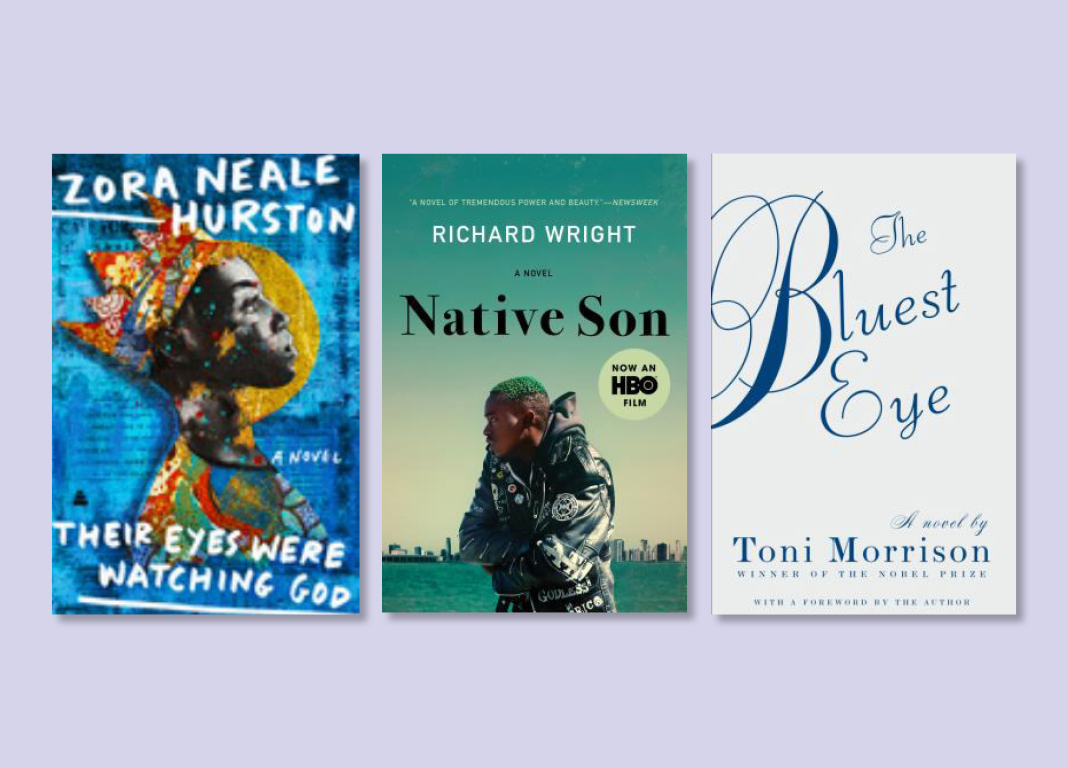 This year marks the 90th anniversary of Central Library! To celebrate, our librarians created a list of a book, song, and movie for every year the library has offered service. To see the complete list, click here. To search for a book in our catalog, simply type in the item's Bib ID. Below, we offer you highlights from the list, with songs and eBooks for each decade.

Listen to our complete playlist of songs from the 1930s to the present day, available on Freegal. Log in to your free account first to hear the playlist.

We hope you enjoy these snapshots of each decade!

In this, the second novel in P.G. Wodehouse's delightful Jeeves series, the family fumbles through a comedy of errors that is set in motion by a marriage proposal and a downward spiral of miscommunication and crossed wires. This hilarious novel contains many of the most beloved scenes and set pieces from the series. A must-read for Wodehouse fans and lovers of top-notch humor writing.

One of the most important and enduring books of the twentieth century, Their Eyes Were Watching God brings to life a Southern love story with the wit and pathos found only in the writing of Zora Neale Hurston. Out of print for almost thirty years due largely to initial audiences' rejection of its strong black female protagonist, since its 1978 reissue Hurston's classic has become perhaps the most widely read and highly acclaimed novel in the canon of African American literature.

Right from the start, Bigger Thomas had been headed for jail. It could have been for assault or petty larceny; by chance, it was for murder and rape. Native Son tells the story of this young black man caught in a downward spiral after he kills a young white woman in a brief moment of panic. Set in Chicago in the 1930s, Richard Wright's powerful novel is an unsparing reflection on the poverty and feelings of hopelessness experienced by people in inner cities across the country and of what it means to be black in America.

"I Could Write a Book" / Richard Rodgers and Lorenz Hart

In 1984, London is a grim city in the totalitarian state of Oceania where Big Brother is always watching you and the Thought Police can practically read your mind. Winston Smith is a man in grave danger for the simple reason that his memory still functions. Drawn into a forbidden love affair, Winston finds the courage to join a secret revolutionary organization called The Brotherhood, dedicated to the destruction of the Party. Together with his beloved Julia, he hazards his life in a deadly match against the powers that be.

Awe and exhiliration along with heartbreak and mordant wit abound in Lolita, Nabokov's most famous and controversial novel, which tells the story of the aging Humbert Humbert's obsessive, devouring, and doomed passion for the nymphet Dolores Haze. Lolita is also the story of a hypercivilized European colliding with the cheerful barbarism of postwar America. Most of all, it is a meditation on love: love as outrage and hallucination, madness and transformation.

Sam Bowden has it all: a successful law career, a devoted wife, and three children. But a terrifying figure from Bowden's past looms in the  shadows, waiting to shatter his pristine existence. Fourteen years ago, Bowden's testimony put Max Cady behind bars. Ever since, the convicted rapist has been nursing a grudge into an unrelenting passion for revenge. Cady has been counting the days until he is set free, desperate to destroy the man he blames for all his troubles. Now that time has come.

"Do You Want to Dance?" / Bobby Freedman

Lee, Harper. To Kill a Mockingbird

A gripping, heart-wrenching, and wholly remarkable tale of coming-of-age in a South poisoned by virulent prejudice, it views a world of great beauty and savage inequities through the eyes of a young girl, as her father, a crusading local lawyer, risks everything to defend a black man unjustly accused of a terrible crime.

Set on the desert planet Arrakis, Dune is the story of the boy Paul Atreides, heir to a noble family tasked with ruling an inhospitable world where the only thing of value is the "spice" melange, a drug capable of extending life and enhancing consciousness. Coveted across the known universe, melange is a prize worth killing for. When House Atreides is betrayed, the destruction of Paul's family sets the boy on a journey toward a destiny greater than he could ever have imagined. And as he evolves into the mysterious man known as Muad'Dib, he will bring to fruition humankind's most ancient and unattainable dream.

"On a Clear Day" / Burton Lane and Alan Jay Lerner

Pecola Breedlove, a young black girl, prays every day for beauty. Mocked by other children for the dark skin, curly hair, and brown eyes that set her apart, she yearns for normalcy, for the blond hair and blue eyes that she believes will allow her to finally fit in. Yet as her dream grows more fervent, her life slowly starts to disintegrate in the face of adversity and strife. 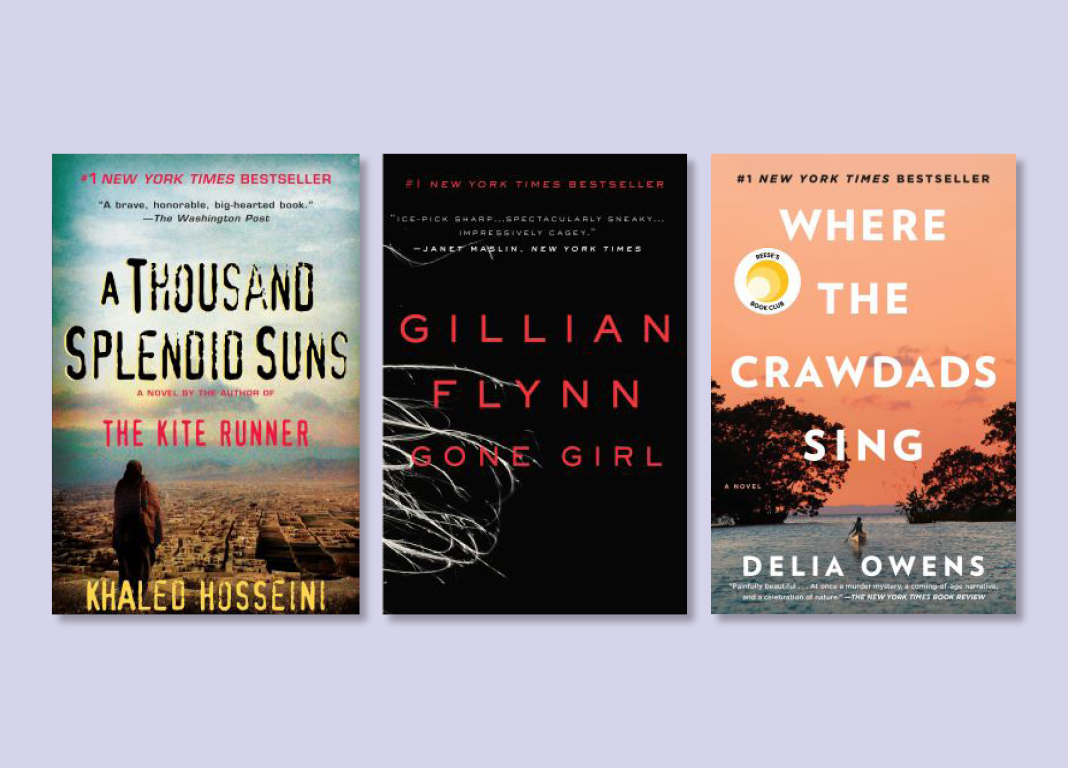 Follett, Ken. The Key to Rebecca

A Nazi agent possesses the secret that will open the doors of Cairo to Rommel's advancing army. Only two people can stop him: a down-on-his-luck English officer and a beautiful Jewish girl who serves as bait.

The Soviets' new ballistic missile submarine is attempting to defect to the United States, but the Soviet Atlantic fleet has been ordered to find and destroy her at all costs. Can Red October reach the U.S. safely?

An astonishing technique for recovering and cloning dinosaur DNA has been discovered. Now humankind's most thrilling fantasies have come true.  Creatures extinct for eons roam Jurassic Park with their awesome presence and profound mystery, and all the world can visit them, for a price, until something goes wrong.

"Let It Be Me" / Social Distortion

A tale of court intrigues in the land of Seven Kingdoms, a country "blessed by golden summers that go on for years, and cursed by cruel winters that can last a generation." The cold is returning to Winterfell, where summers can last decades and winters a lifetime. A time of conflict has arisen in the Stark family, as they are pulled from the safety of their home into a whirlpool of tragedy, betrayal, assassination plots, and counter plots. Each decision and action carries with it the potential for conflict as several prominent families, comprised of lords, ladies, soldiers, sorcerers, assassins, and bastards, are pulled together in the most deadly game of all, the game of thrones.

Born a generation apart and with very different ideas about love and family, Mariam and Laila are two women brought jarringly together by war, by loss, and by fate. As they endure the ever escalating dangers around them in their home as well as in the streets of Kabul, they come to form a bond that makes them both sisters and mother-daughter to each other and that will ultimately alter the course not just of their own lives but of the next generation.

Larsson, Stieg. The Girl with the Dragon Tattoo

Harriet Vanger, a scion of one of Sweden's wealthiest families, disappeared over forty years ago. All these years later, her aged uncle continues to seek the truth. He hires Mikael Blomkvist, a crusading journalist recently trapped by a libel conviction, to investigate. He is aided by the pierced and tattooed punk prodigy Lisbeth Salander. Together they tap into a vein of unfathomable iniquity and astonishing corruption.

On the morning of his fifth wedding anniversary, Nick's wife Amy suddenly disappears. The police immediately suspect Nick. Amy's friends reveal that she was afraid of him and that she kept secrets from him. He swears it isn't true. A police examination of his computer shows strange searches. He says they aren't his. And then there are the persistent calls on his mobile phone. So what really did happen to Nick's beautiful wife?

Owens, Delia. Where the Crawdads Sing

For years, rumors of the "Marsh Girl" have haunted Barkley Cove, a quiet town on the North Carolina coast. So in late 1969, when handsome Chase Andrews is found dead, the locals immediately suspect Kya Clark, the so-called Marsh Girl. But Kya is not what they say. Sensitive and intelligent, she has survived for years alone in the marsh that she calls home, finding friends in the gulls and lessons in the sand. Then the time comes when she yearns to be touched and loved. When two young men from town become intrigued by her wild beauty, Kya opens herself to a new life until the unthinkable happens.