Check out our music recommendations for April 2017!

CeCe Winans, Let Them Fall In Love
As a member of the Winans family, CeCe is part of an American gospel music juggernaut. CeCe herself is the best-selling female gospel singer of all time, while the rest of the family are multiple Grammy and Dove music award winners. Only a star of Ms. Winans’ standing could make an album like Let Them Fall in Love in today’s music industry. It is obvious that a lot of love (and money) went into this production. The music is big and bombastic, recalling Phil Spector and his Wall of Sound. The songs are bold statements not hidden behind vocal gymnastics or studio trickery. Though it is gospel, even non-believers can testify that these songs should find a big crossover audience. You can listen to the whole album on Freegal.

Big Sean, I Decided
Detroit rapper Big Sean is back with his fourth studio album. With some help from his influences, Eminem and Kanye West, Big Sean has put together a theme record on the topic of rebirth. Many rappers have done a similar thing, looking back on where they’ve been and what it took to get to where they are. Big Sean, however, doesn’t see it as a turning point to a more mature sound but a natural progression in his evolving persona. The CD went straight to number one on the Billboard 200 and the lead single “Bounce Back” was performed on The Tonight Show Starring Jimmy Fallon and Saturday Night Live. It seems that Big Sean’s audience is following his evolution and hopefully his positive messages of hard work and gratitude will inspire others. Listen to the clean version of “Bounce Back."

Nathan East, Reverence
Philadelphia native Nathan East may not be a household name, but if you like Eric Clapton, Phil Collins, Daft Punk, or Barry White, then you’ve probably heard him play bass guitar on their recordings. Long considered a top studio musician, Nathan has also received accolades for his work as a founding member of the smooth jazz outfit Fourplay. Reverence is Nathan’s second solo album and is also a tribute to Earth, Wind & Fire vocalist Maurice White, who died in 2016. Many of the songs are cover versions of EWF songs, Nathan’s bass taking the lead where Maurice would have sang. It is an interesting concept and gives some EWF classics a new life. Listen to this update of “Love’s Holiday."

Ed Sheeran, Divide
Ed Sheeran is a British songwriter and pop star whose influences include Bob Dylan, Van Morrison, and Eminem. He rose to fame in the United States with the hit single “Sing,” which featured Pharrell Williams. However, his British fans considered that to be a departure from the more introspective, acoustic songs they preferred. Despite the conflicting opinions, his second album Multiply became the world’s most streamed album upon its release on the strength of that song. Sheeran’s follow-up, Divide, continues to break away from the acoustic and veer more towards low key electro-funk under the influence of friend Rick Rubin. It is already the third fastest-selling album in UK history behind Adele and Oasis. It is sure to be on many “Best of 2017” lists and part of this summer's soundtrack. Listen to the possible summer single “New Man.”

LeAnn Rimes, Remnants
LeAnn Rimes’ musical career could be best summed up as “too much, too soon.” In 1996, at age 13, she had a massive hit with the country song “Blue” and album of the same name. She was compared favorably with Patsy Cline and seemed to be a rising star. In the past 20 years, though, she has experimented with pop and rock music and had some personal and legal problems, and her audience has changed to the point where she is now more popular in Britain than America. Though LeAnn is mostly back on the country music bandwagon, her latest album covers a variety of styles. More importantly, it showcases her more mature sound and deserves a listen by the fans who might have abandoned her years ago. She may have taken a few twists and turns along her career path, but it seems like LeAnn Rimes has finally arrived where she belongs. Discover for yourself by streaming the album on Freegal.

Pitbull, Climate Change
Pitbull (aka Mr. Worldwide) is a rapper from Florida with roots in Cuba. Since 2004, he has been recording and building a network of writers, producers, and singers to help build him up to the global, Grammy-winning sensation he is now. Though most of his success has been as a collaborator with Jennifer Lopez, Shakira, and others, his solo work, often in Spanish, has yet to hit the heights. With his latest album, Climate Change, he’s trying to reach a larger audience by having every track be in English. The CD was supposed to be released a year ago, but studio delays caused it to be pushed back, even though the first two singles (“Freedom” and “Bad Man”) had already charted. In any event, it is here now and you can stream it on Freegal.

Kehlani, SweetSexySavage
Singer, songwriter, and dancer Kehlani first came to fame as part of the group PopLyfe, finalists on America’s Got Talent. Though she wanted to be a dancer, that career was cut short by injury, so she turned to singing, citing neo-soul artists like Jill Scott and Lauryn Hill as influences. Thanks to AGT, she took Piers Morgan’s advice and split from PopLyfe to go solo. Her debut album SweetSexySavage was preceded by hit singles “CRZY” and “Distraction,” both of which appear on the CD. Those songs and her promotional tour helped the album hit number 3 on the Billboard 200. Kehlani’s secret weapon may be her songwriting, which gets very personal and helps her audience relate to her emotional highs and lows. Watch the video for “Distraction."

Little Big Town, The Breaker
If four-part vocal harmonies hit your musical sweet spot, then you should enjoy Little Big Town, even if you’re not a big country music fan. This Nashville group has been on the country music scene since 2002, enchanting audiences with their bright songs that seem almost too bouncy for the Grand Ole Opry. If ABBA sang country, they might have sounded like Little Big Town. To be sure, they are an oasis of joy in the current sea of country rock bowing to the truck-driving, whiskey-drinking stereotypes that seem to dominate the airwaves. These days, a little laidback music to make you smile may be just the remedy to the nightly news. Watch Little Big Town perform “Happy People” live on The Today Show. 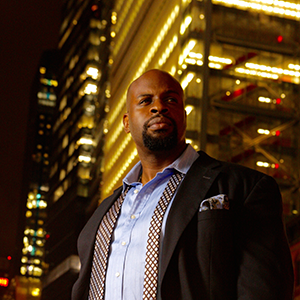 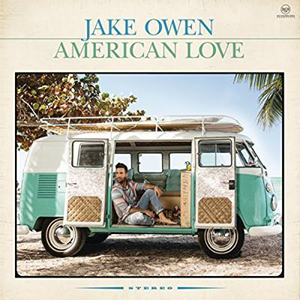