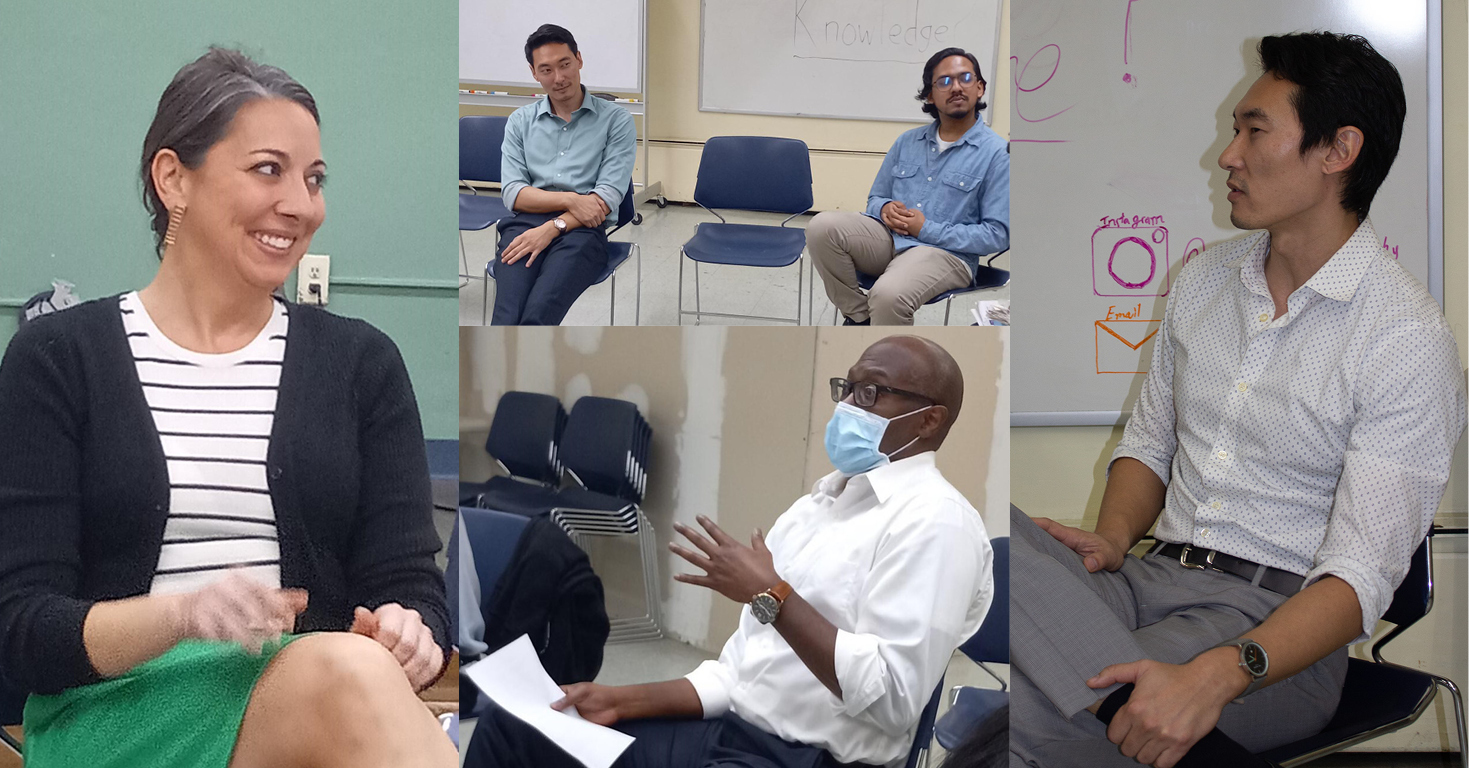 What comes to mind when you think of philosophy? People in togas debating at a symposium? Academic professors in tweed suits? Neighborhood elders talking over a game of chess or Mahjong? Led by LaGuardia Community College professors Dr. Andrew McFarland and Dr. Cheri Carr, Queens Public Philosophy makes the case that anyone—no matter their background, age, education, or personal experience—is equipped to deeply consider and discuss life’s mysteries; which is to say, to be a philosopher.

Over the past month, Forest Hills Library and Queens Public Philosophy have invited customers to engage in a respectful, open dialogue on the themes of love and knowledge, getting the essence of how these phenomenon work in our daily lives. We asked Dr. McFarland to elaborate on the ideas and motivations that drive the Queens-based program. Read his interview (below) to learn more.

Saturday, November 19 marks the last session in the Queens Public Philosophy series. The theme will be consciousness. What is human consciousness, anyway—and are mind and body separate? Think boldly: join us!

An Interview with Dr. Andrew McFarland of Queens Public Philosophy:

What inspired you to pursue the Public Philosophy project?
First, “public philosophy” is an idea that has been getting more attention within our discipline lately. This push to engage more with the public will make philosophy more visible, and give people a chance to engage in dialogue with one another about some of life’s most intriguing questions. Moreover, the way that traditional philosophical research has been done in the academy has been cordoned off from the larger public community; expanding our public outreach can help our discipline become more diverse and vibrant.

Second, the folks who run Brooklyn Public Philosophy have been really inspirational in bringing more public attention to philosophy, and we thought that there was a natural way to extend the practice into the borough of Queens.

Finally, we wanted to find a way to start training a new generation of young public philosophers as a way to bridge the gap between the academic study of philosophy on the one hand, and having grassroots, public-facing philosophical conversations on the other. With a grant from the American Philosophical Association we were able to hire two student interns to train them to be future public philosophers.

What do you hope people take away from this series?
I want people to realize that philosophy is an interesting and worthwhile subject matter, and that it doesn’t necessarily have to be intimidating. I hope they walk away with the notion that big ideas are still worth talking about.

How did the series, and/or the session topic, inspire the attendees?
Initial reactions from attendees has been really positive. People really seem to like talking about philosophy, and our conversations with attendees has shown that.

What did you find most surprising and/or satisfying during sessions?
In our first session about love, someone suggested that love was all about selflessness—that you can’t really love someone if you prioritize yourself. But by the end of the conversation, many people seemed to think that the ability to love yourself was actually something that’s necessary to love someone else! So we started off with one idea, and through dialogue actually arrived at an idea that seemed to be the opposite of where we began.

Why was it a priority to have this project hosted at Queens Public Library?
We have been thinking about what Public Philosophy in Queens should look like, and one of our first thoughts was to partner with an institution really embedded in the community, one that does a fantastic job highlighting and supporting our amazingly diverse borough. Queens Public Library was the first that came to mind, and we’re thankful for the opportunity to work together on this project.