Kwame Alexander: Books Should Be Both Mirrors and Windows 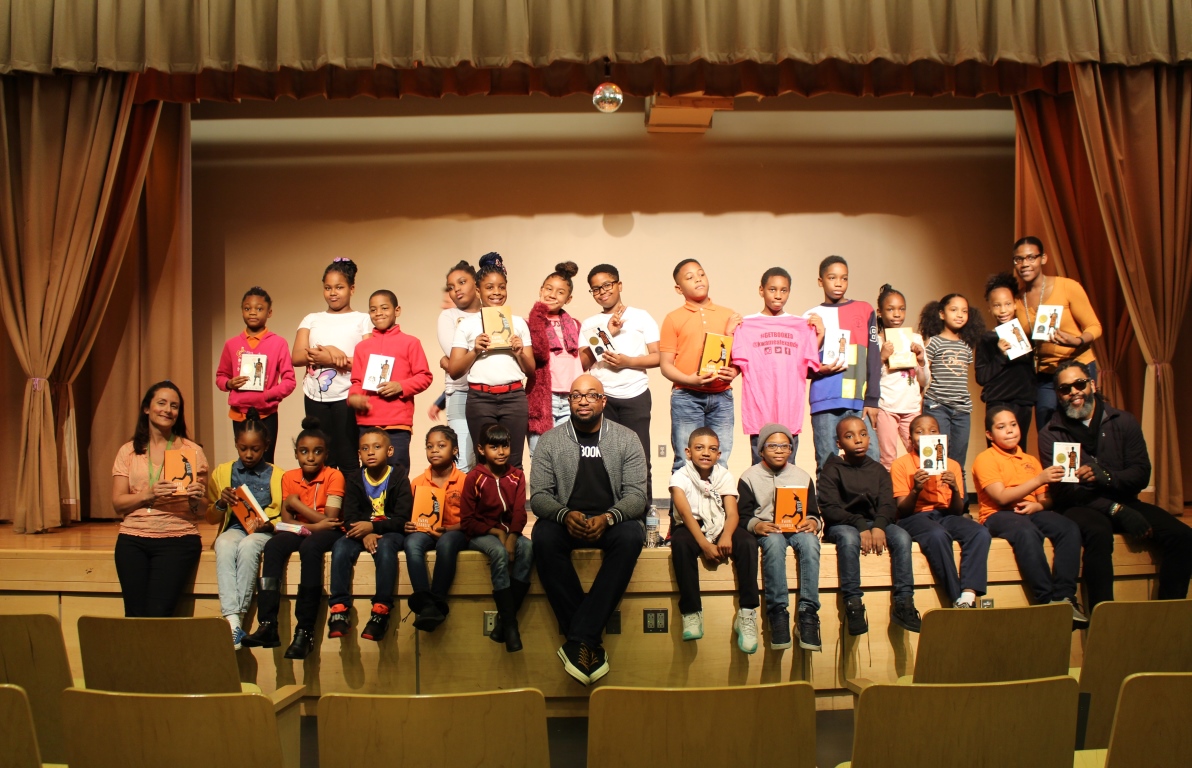 This spring, Kwame Alexander spoke to a rapt audience of fourth and fifth graders at PS 48 in Queens as part of a program that Queens Public Library organized through South Jamaica Reads to bring authors to schools.

Bestselling author Alexander says he owes his success to librarians. Alexander won the Newbery Medal in 2015 for his first novel-in-verse The Crossover. He describes his parents as his first librarians, saying there were books everywhere in the house he grew up in, where “books were reward and punishment. Books were places we could discover who we wanted to be, discover faraway places we haven’t been.” Libraries, he says, “were churches almost, temples of possibilities.”

Alexander believes in the power of poetry to change lives—and tells a story about how it impacted him: “It got me married. I wrote a poem a day for this woman and she ended up marrying me. That was how I courted her. That’s how poetry changed my life on a very personal level. I’ve seen how it can transform and connect with people and ultimately allow people to be more human. I’ve seen it in kids around the world and I’ve seen it in my own household.”

He says, “A lifetime of experience and observation and books and travel inspired me to want to be a writer.” Muhammad Ali’s autobiography made reading cool for him, and he thinks he can make literature and poetry cool for kids: “I want to impart and share that with young people. I feel that I’m the guy to do that because I’m a cool dude.” 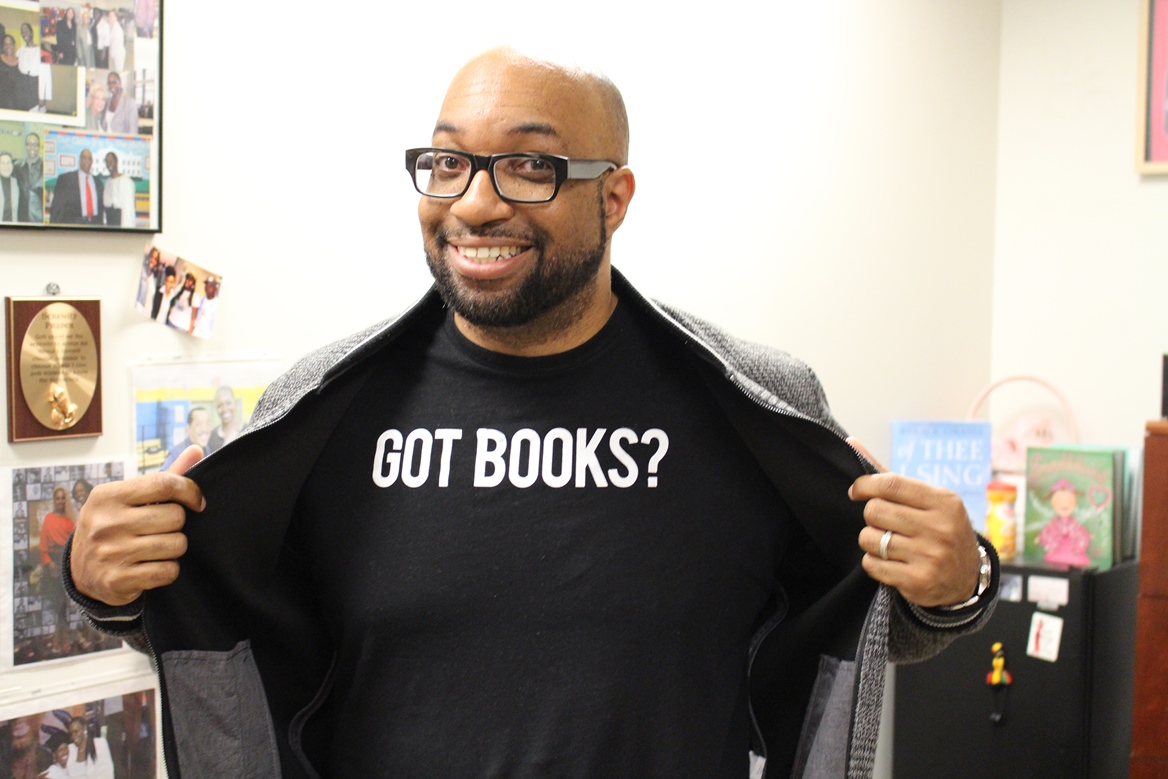 Alexander speaks about the power he feels books have to overcome barriers between people: “I want white police officers to have an imagination that’s beyond stereotype and trope and prejudice.” He believes that if they had read Walter Dean Myers, Jacqueline Woodson, Lucille Clifton, or Mildred Taylor as children, “they’d probably have a whole different connection with black boys and black people. I think that’s important. It starts in childhood.”

Noting that children aren’t shaped in a vacuum, he explains that he grew up in Brooklyn public schools reading a lot of books featuring white boys and characters, but his white friends didn’t read about a lot of characters who were black. “We should find out about ourselves, so books should be mirrors, and we should find out about people who are not us, who are different from us so we can find out what those similarities and connections are, so books should be windows as well,” he says. “We should learn about our neighbors.”

Alexander’s mantra is to say yes—“Say yes to possibility, say yes to yourself, walk through doors even if you don’t know what’s on the other side, and when you get there, figure it out.”

His new book The Undefeated, which he describes as a love letter to black America, is available now at Queens Public Library.