Enjoy a tremendous variety of arts programming at your local library.

New York City is home to some of the greatest museums in the world, but you can also see great works of art at Queens Public Library! Visit the exhibits below to see paintings, sculpture, and more by distinguished artists from Queens, NYC, and around the world. 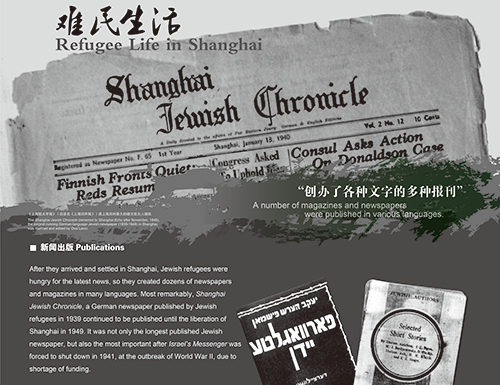 Did you know that more than 20,000 Jews fled to Shanghai during the Second World War to escape Nazi persecution? This exhibit explores the little-known chapter of history when China was one of the very few countries accepting people escaping from the nightmare of Nazi Europe. The participating libraries will also host film screenings and lectures about the refugees’ life in China and eventual emigration to the United States.

Jewish Refugees in Shanghai is made possible thanks to the support of Brooklyn Public Library and the Shanghai Jewish Refugees Museum. This exhibit was created as part of the BKLYN Incubator project, which is funded by the generous support of the Charles H. Revson Foundation and Robin K. and Jay L. Lewis.

On display until December 31, 2019 at Central Library and Flushing Library. 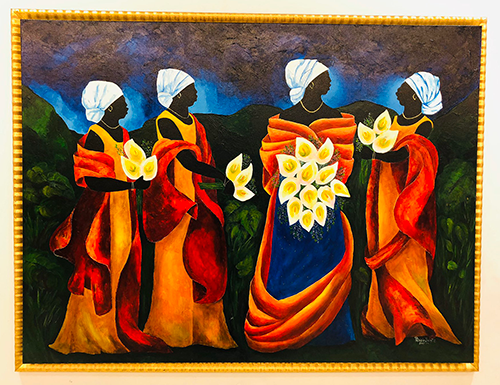 This festival features artists from Trinidad, Haiti, and Jamaica, as far away as Bangladesh and Argentina, and as close as Queens! Nine of our branches will have artwork on display for the festival, and each branch’s art display will have a theme, including history and religion, and different styles of art, from Impressionist to abstract to surreal. You can also visit all nine branches for special programs and events related to Caribbean art and culture. 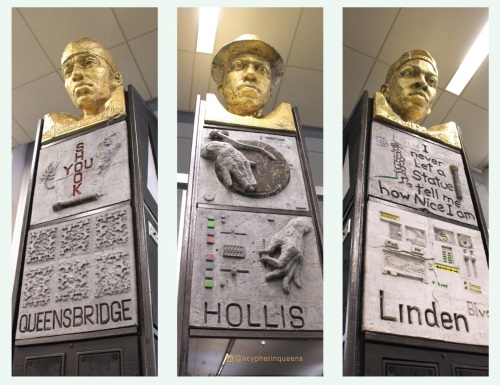 A Cypher in Queens

A Cypher in Queens features nine-foot-tall “audio sculptures” of three Queens hip hop legends who have died in recent years: Prodigy, from the Queensbridge duo Mobb Deep; Jam Master Jay, the legendary DJ and member of Run-DMC who grew up in Hollis; and Phife Dawg, from the St. Albans supergroup A Tribe Called Quest.

Each sculpture consists of a bust of the artist that sits atop stacked speaker boxes. Visitors will be able to listen to the music of each artist with wireless headphones from the Library’s Media Center.

A Cypher in Queens was created by Queens-based artist Sherwin Banfield and is curated at Queens Public Library by QPL Hip Hop Coordinator Ralph McDaniels. To learn more about A Cypher in Queens, read our blog post and download the festival brochure.

On display through February 2020 at Central Library.

Queens Public Library brings diverse programming from the world of music, theater, dance, film, and more to libraries in your neighborhood, featuring the work of both emerging artists and established performers. In addition, the New Americans Program offers programs celebrating the arts and literature of the diverse ethnic groups in Queens. See all these featured events below.