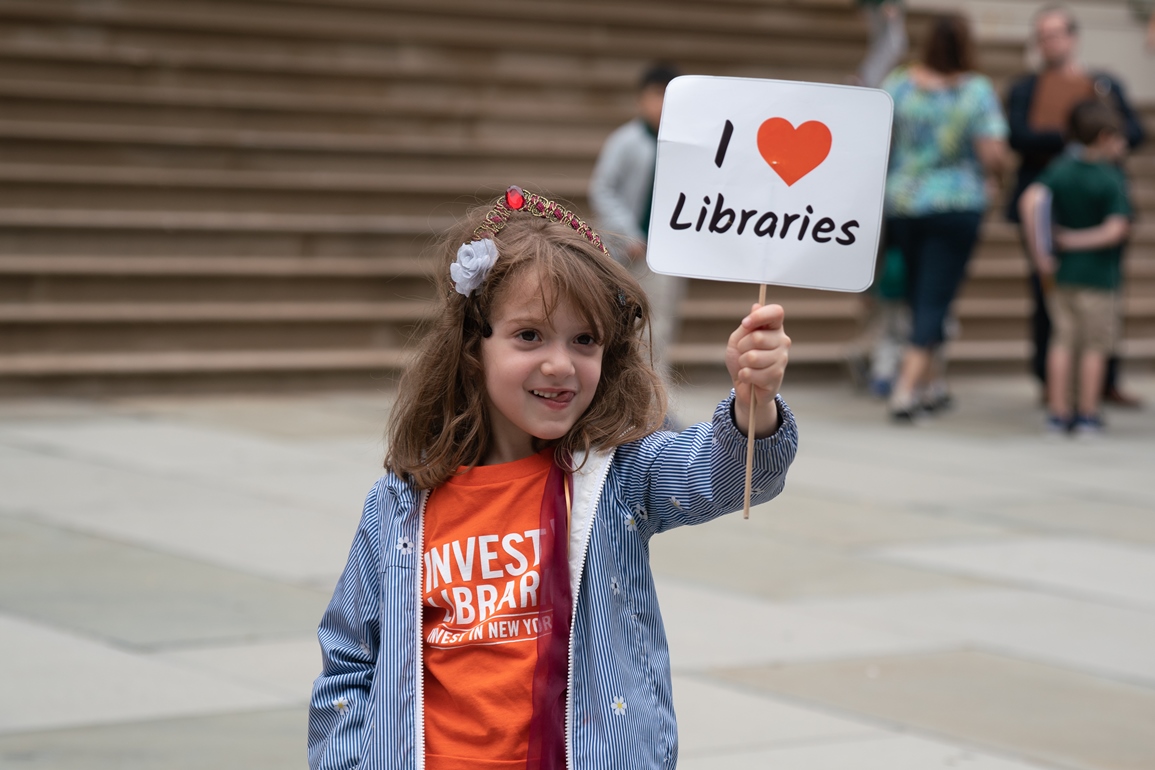 New York, NY – The city’s three library systems held a special toddler story time outside City Hall this morning to call attention to the kinds of programs and services that could be cut if libraries lose out this budget season.

Dozens of children and their caregivers packed the plaza outside of City Hall to sing songs and hear stories read by librarian and Urban Librarians Unite Executive Director Christian Zabriskie; City Council Speaker Corey Johnson joined in and read Too Many Carrots by Katy Hudson.

The story time showcased the kinds of important early literacy programs at risk if the current proposed city budget goes through: New York City libraries are currently slated to receive an $11 million cut in the Fiscal Year 2020 budget. They requested $35 million in additional funds to cope with rising costs, growing footprints and increased need. Libraries are also seeking the funding necessary to play a key role in the high-stakes 2020 Census. If the situation does not change, libraries warn of a potential loss of weekend service, hours and programs.

In Fiscal Year 2018, libraries had over 1.1 million visits to free early literacy programs including story times; about 10 percent of that attendance came on weekends.

“The city’s libraries are among the most democratic institutions in New York. We welcome everyone—older adults seeking companionship and immigrants seeking a new start. We provide teens a safe space after school and free WI-Fi to do their homework. We give families a warm place to stay on a cold day, and everyone access to books and information,” said Linda E. Johnson, President and CEO, Brooklyn Public Library. “We extend our thanks to Speaker Corey Johnson for his outspoken commitment to the full funding of the city’s libraries and urge other city leaders to reverse proposed cuts and fully fund the city’s libraries to keep pace with the soaring demand for services in libraries in every city neighborhood.”

"We know libraries can open doors—but not if they're closed," said New York Public Library President Anthony W. Marx. "If we are forced to cut back days of service or hours as a result of this year's budget, that means fewer early literacy programs—like story time—that help children prepare for school, develop social skills and generate a lifelong love of reading. As these programs also strongly support the City's educational priorities and goals, we are asking our partners in government to consider continuing investing in libraries so we can keep our doors open to help all New Yorkers, including our youngest."

“As city officials negotiate the budget, we hope that this story time on the steps of City Hall reminds them that while libraries are essential to child development and school readiness, they need adequate funding to continue providing people with the programs and services that will enable them to learn and grow,” said Queens Public Library President and CEO Dennis M. Walcott. “We are grateful to Speaker Corey Johnson, Finance Chair Danny Dromm, Libraries Chair Jimmy Van Bramer and the City Council for demonstrating their support today and for understanding the role of libraries in the lives of New York communities.”

"Kids and families have a right to have quality programming every day of the week,” said Urban Librarians Unite Executive Director Christian Zabriskie. “Librarians can't do amazing programming when given partial resources. Story time for all kids is a right, not a privilege."

In addition to operating funding, the City’s three library systems are also asking for $150 million in capital funds to address significant infrastructure needs that were not included in the 10-year capital plan, and to help with ongoing maintenance of branches across the city that are in need of new roofs, boilers, air conditioners and more.

The libraries have received support for their budget ask this year from nationally-syndicated radio host Angela Yee, best-selling author Jennifer Egan, and most recently, New Yorker and library patron Sarah Jessica Parker, who channeled her Sex and the City character Carrie Bradshaw when she wrote, “So. I couldn't help but wonder, could I as a New Yorker accept cuts to our wonderful, important, necessary, and beloved libraries? I'm sorry. I can't.”

New Yorkers have also signed over 70,000 letters to Mayor de Blasio and City officials calling for increased library funding. Letters can be signed in branches or at investinlibraries.org.

The passion for libraries should not be surprising: an online poll of more than 1,000 New Yorkers conducted by firm Change Research made it abundantly clear: New Yorkers feel public libraries are irreplaceable cornerstones of New York City, especially for the city’s most vulnerable. Key takeaways include:

The #InvestInLibraries campaign is a partnership between the city’s three public library systems—Brooklyn Public Library, The New York Public Library and Queens Public Library—and other library supporters across the city. Since the campaign launched in 2015, the City has allocated additional funding for programming as well as critical capital dollars to help address the over $1 billion in need facing the city’s aging library infrastructure. Despite this important support, libraries confront rising costs and increased demand for more services and programs (from New Yorkers and the City). The campaign urges the City to restore and increase funding to meet rising needs, demands, and costs. 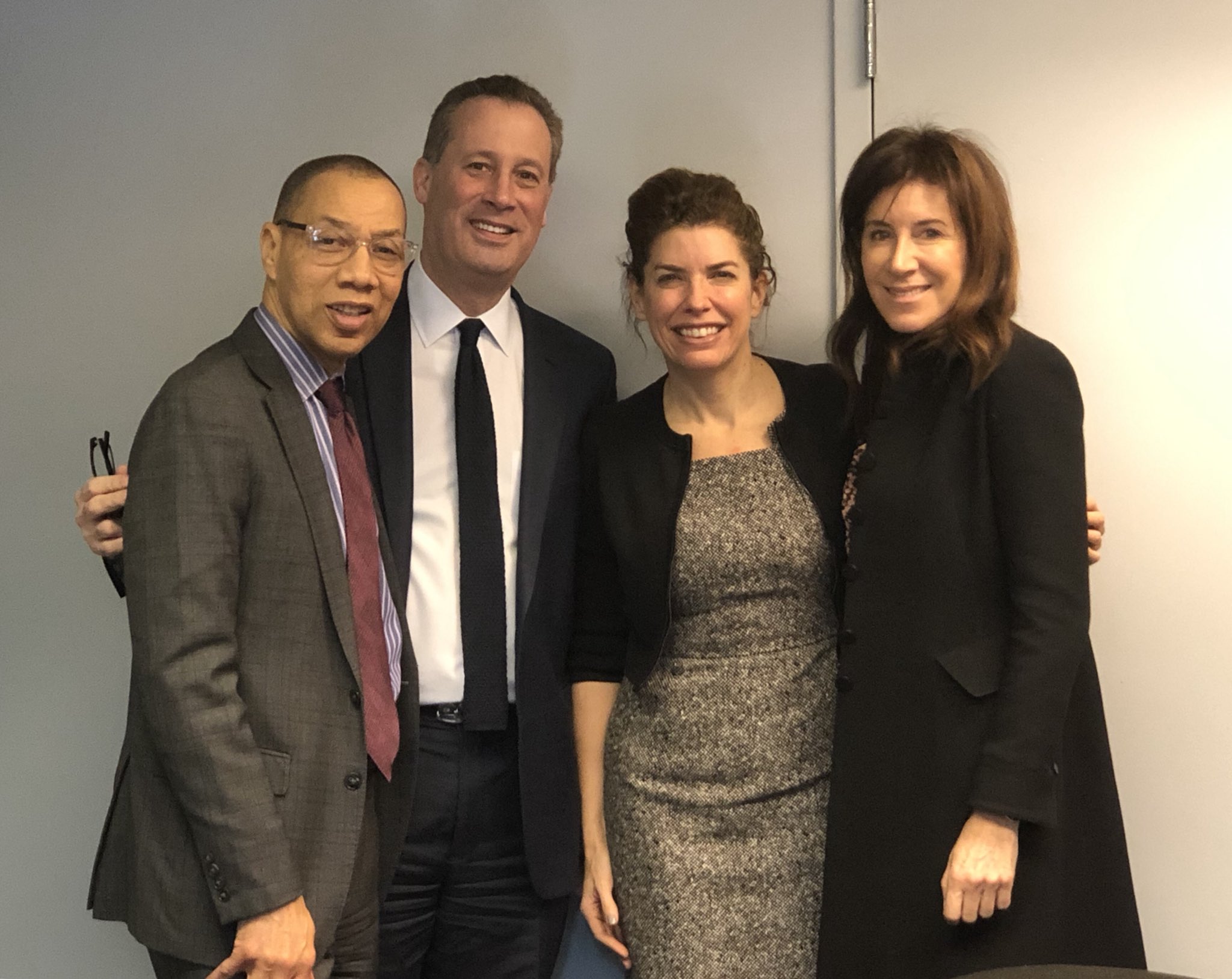 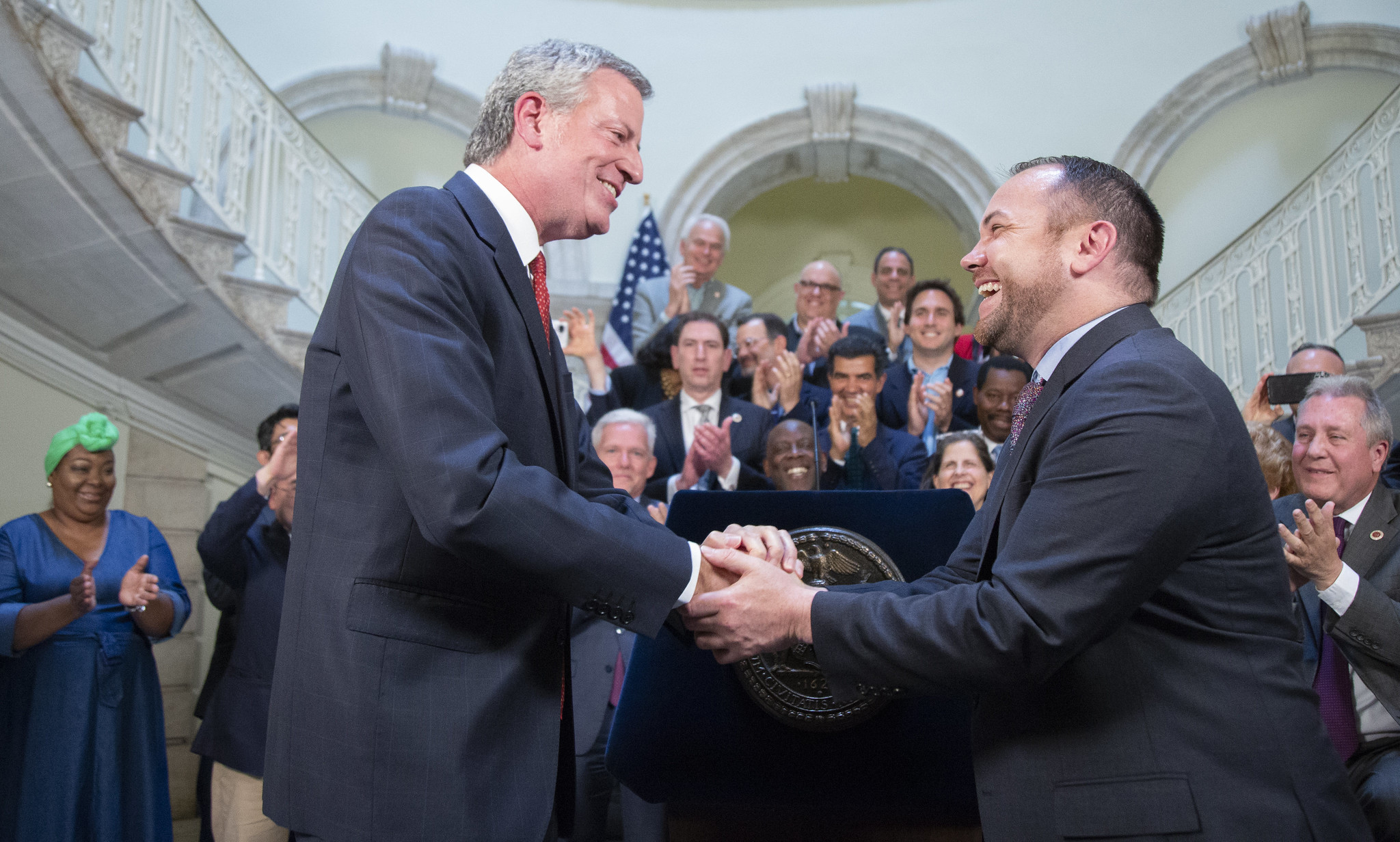 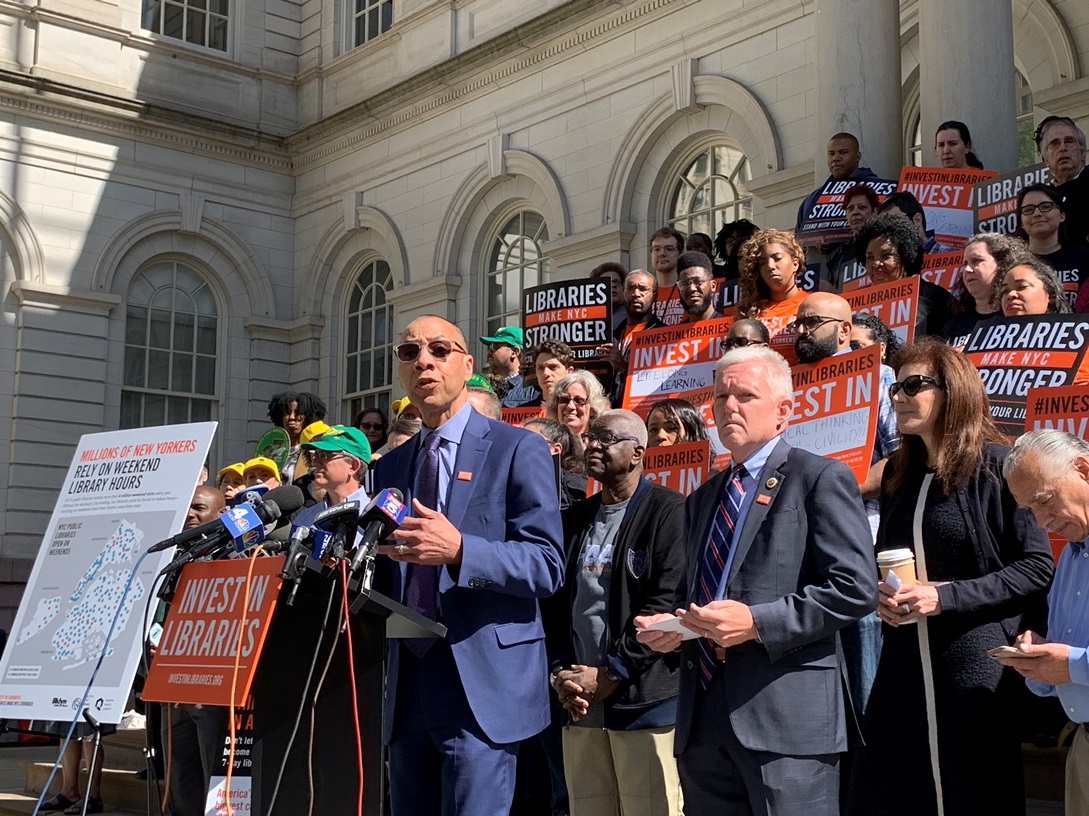 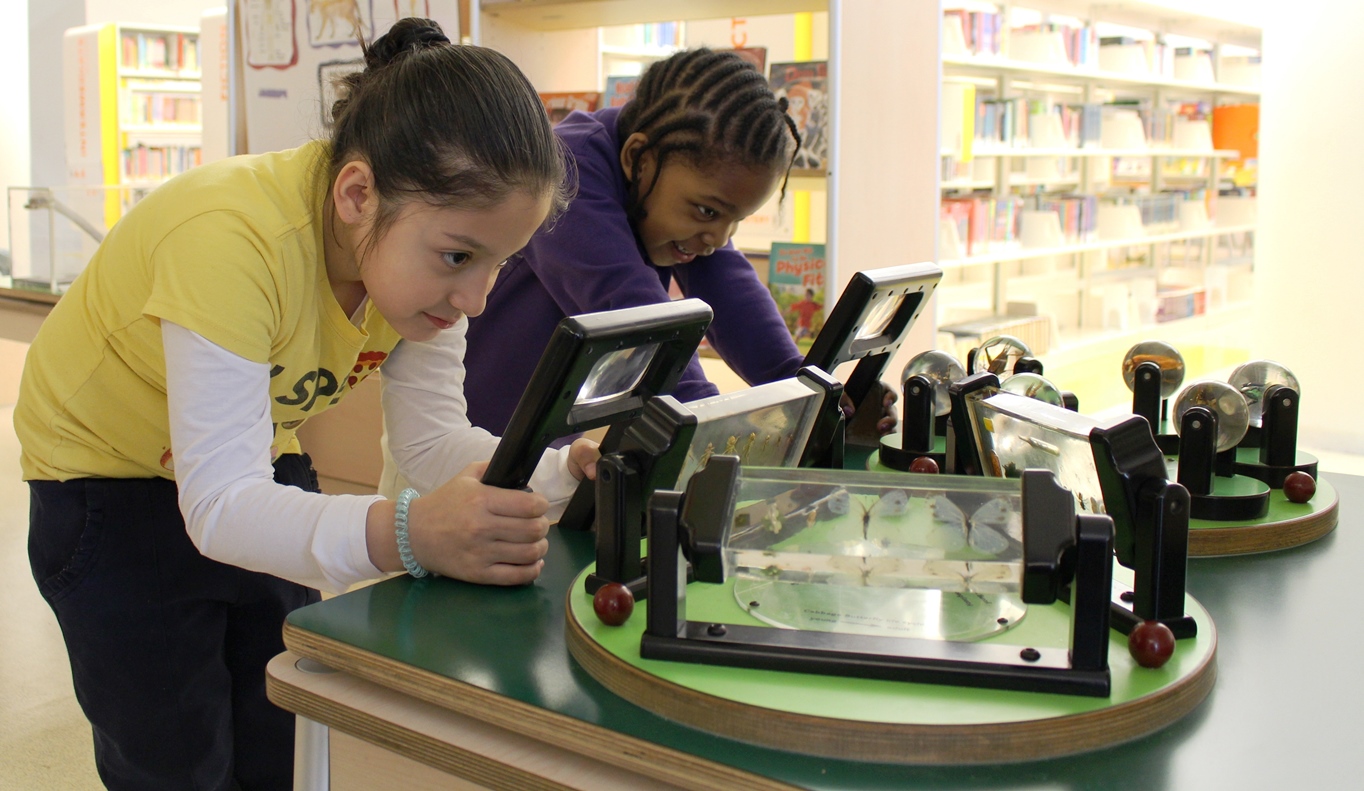 Make Sure Libraries Get the Love and…

Eric Klinenberg, author of the new book Palaces for The People,… 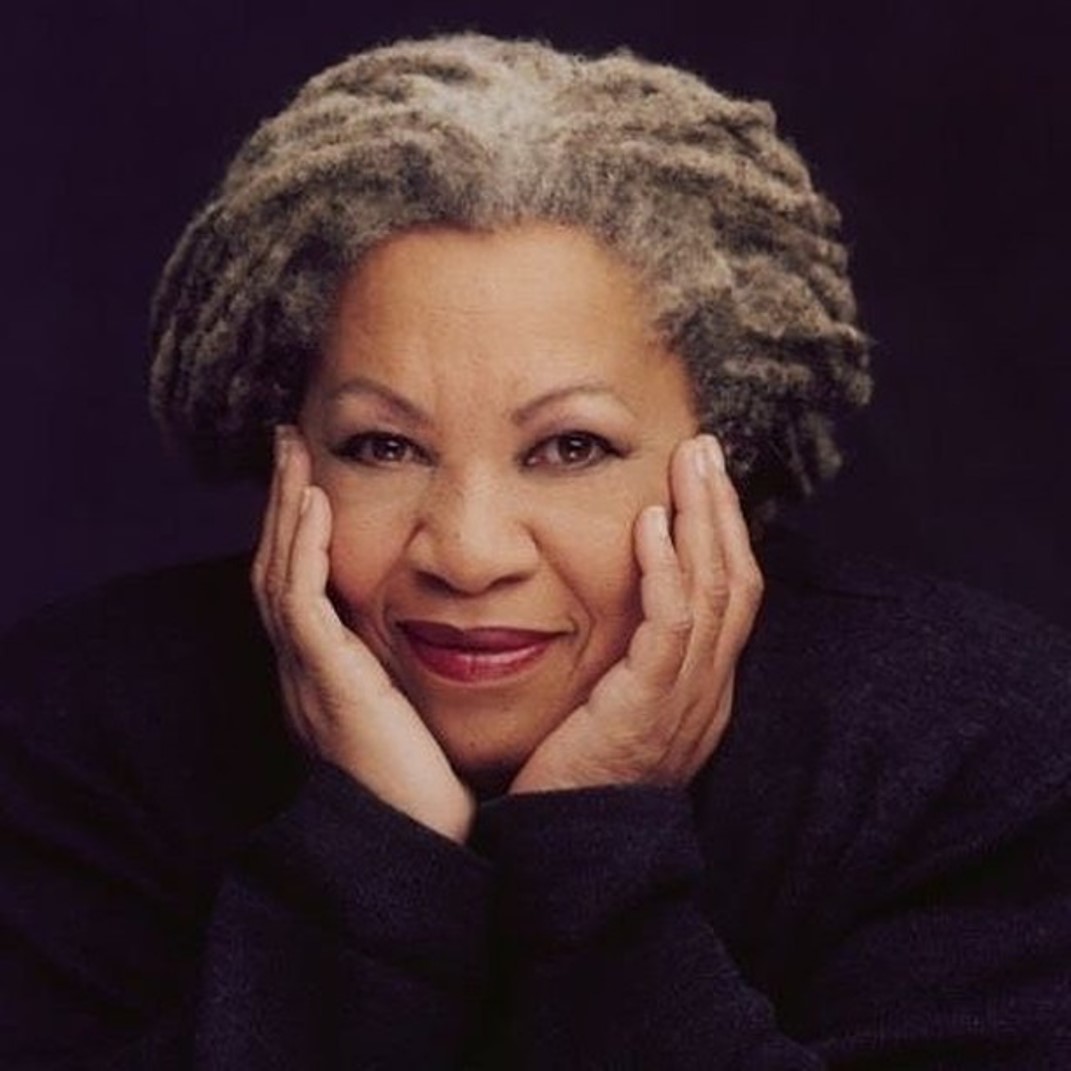 Toni Morrison: The Power of Your Words 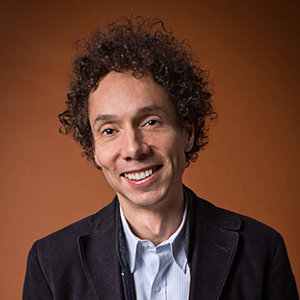 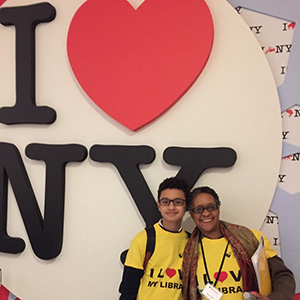