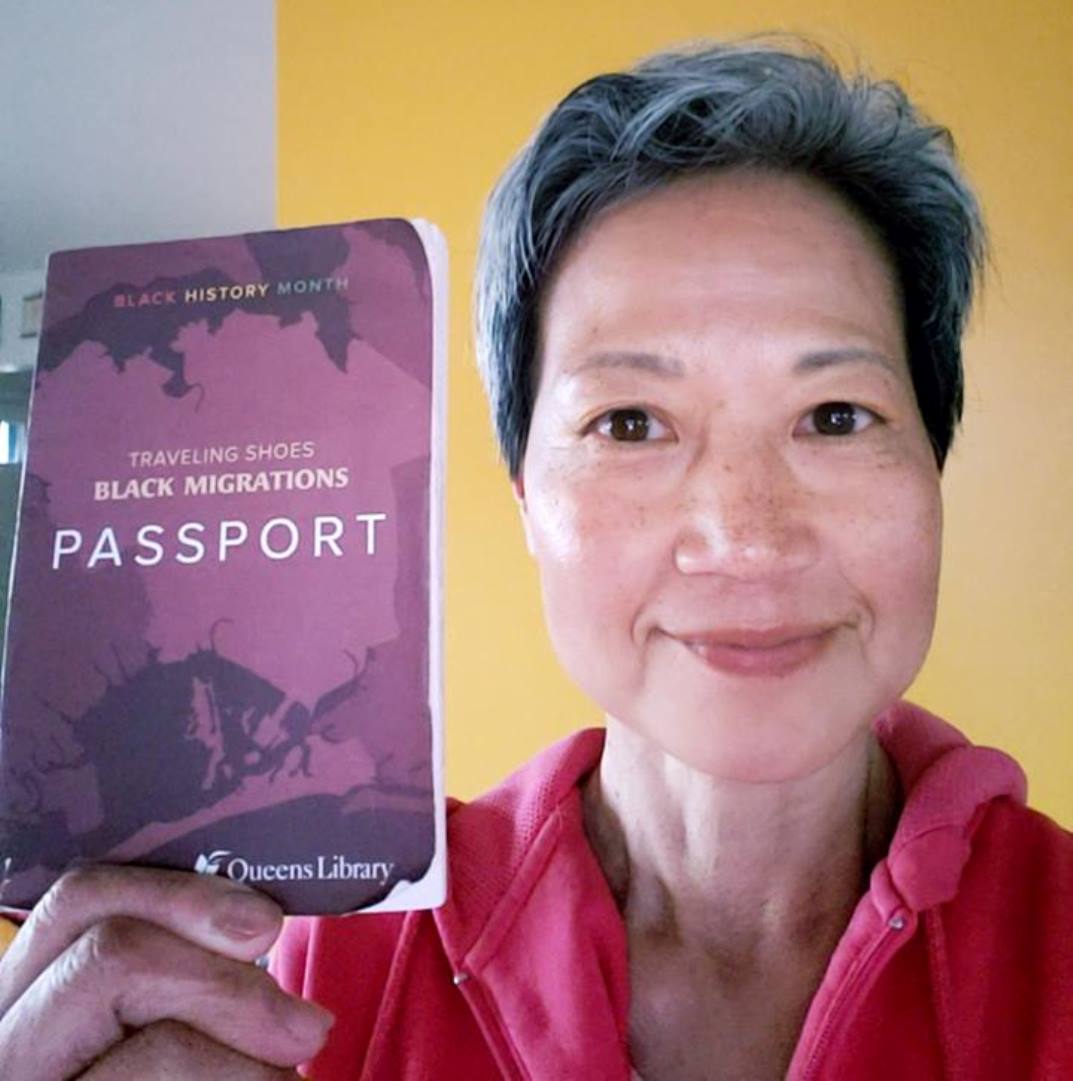 For our Traveling Shoes: Black Migrations Black History Month program this year, we challenged customers to complete a passport by obtaining a unique stamp at every one of our library branches.

Twelve customers were able to fill in their entire passports, including Oakland Gardens resident Helina Cheung (above). She devised a plan to complete the passport challenge in ten days, visiting five to six libraries per day by foot. Cheung, who is an avid hiker and biker and also runs and jogs, said she’s not competitive with anyone but herself. “I didn’t know if I could do it,” she says, but she wanted to see the whole of Queens after living in the borough for nearly twenty-five years.

Three Passport Challenge winners, including Cheung, received luggage, three books on black migrations, and a $50 Modell’s gift card. Winner Anne N. Forde tells us, “Everyone was so welcoming and supportive as I collected the stamps.” The third winner, Michelle Roberts, says “the passport challenge offered opportunities to meet awesome library staff, view informative exhibits, and read in impressive renovated spaces. I have already been gifted with new appreciation for the institution.”

Helina Cheung is looking forward to using her luggage for a trip to Utah. She explained that she walked to more than fifty libraries, only driving to locations further from her home, such as Far Rockaway, when the weather got cold. What impressed her the most during her challenge was how friendly everyone was at the libraries and in the neighborhoods. “I wanted to learn about the different cultures and meet different people,” she says, explaining that she used a few maps to plan her routes to the libraries. “Sometimes when we drive we don’t see much. I’ve lived in Queens for so many years and I hadn’t seen much of it.”

Her favorite library was our Langston Hughes location because of its architecture as well as all of the sculptures from different areas of the world. “I visited churches along the way. I talked to different librarians. I learned so many things,” she says, noting that she learned a bit about how libraries are run, projects at each library, and how the library budget is made.

“I saw more in those ten days than I saw in the rest of my life,” says Cheung, who tried food in each neighborhood, including Chinese and Indian cuisine. Of the history of black migration, she says she learned how hard people worked to reach their goals. “I love walking. Every time when I walk I try to challenge myself,” she says.

Congratulations, Helina, Anne, and Michelle, and thank you to everyone who participated! 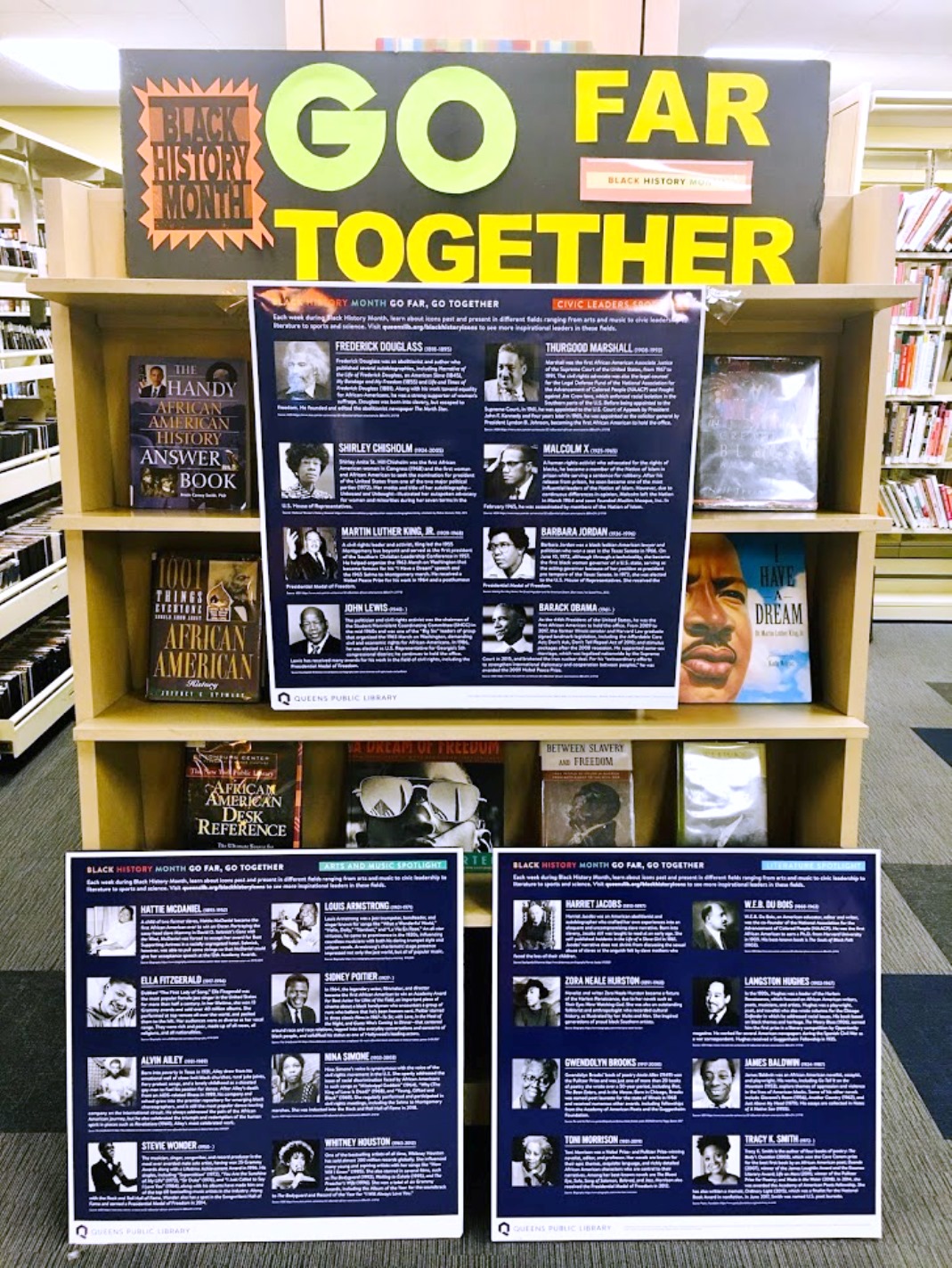