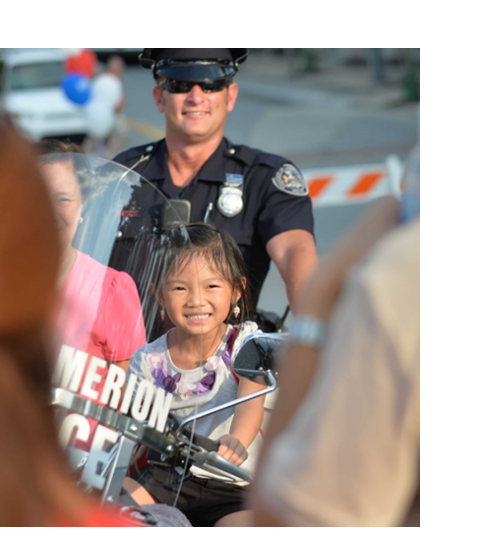 We had to skip June's New Music blog due to unforseen circumstances, so expect the next couple of months to have even more music than usual.

Check out our music recommendations for July 2017!

Linkin Park, One More Light
Once the standard-bearers of rap rock, Linkin Park have gone full-on pop with their new CD, One  More Light. For the first time, the band wrote the lyrics before the music and left out their usual screams and heavy guitar leads. They produced the record themselves, but brought in collaborators from the EDM field and even allowed a woman guest vocalist, Kiiara, to sing lead on a track. The rap element is still there, but the flow is more laid-back and less angry. Their fans are split.  Half want the band to go back to their hard edge sound, while the other side love the new direction. Unfortunately, lead singer Chester Bennington's recent death at age 41 leaves the band with an uncertain future. Listen to the eerily prescient track “Nobody Can Save Me,” and give a moment of silence for Chester.

Brantley Gilbert, The Devil Don’t Sleep
Brantley Gilbert is a country rock artist from Georgia. His style of music encompasses country themes set to rock music, with some hip-hop styling thrown in for good measure. Though frowned upon by country traditionalists, this style is gaining in popularity with younger fans and his new album debuted at number 2 on the Billboard 200 chart. The first half of the album contains the songs that are or will be club hits, while the second half showcases Brantley’s more soulful side. Try one of his hit videos on for size with the first single “The Weekend."

Fat Joe & Remy Ma, Plata O Plomo
Bronx rappers Fat Joe and Remy Ma join forces for the new album Plata O Plomo, which translates to “money or bullets,” a phrase made popular by Pablo Escobar. It has been a long time since either artist has released new material, but you couldn’t tell from listening to the CD. In fact, the first single “All the Way Up” has already sold 2 million copies and been nominated for the most overplayed song of the year. The rest of the tracks are mainly club-friendly, referencing their '90s style with current production dynamics. It’s a formula, but one that seems to work. Watch them perform the latest single “Money Showers” on Jimmy Kimmel Live.

Wyclef Jean, J'ouvert
Rapper, writer, actor, and activist Wyclef Jean is going back to his Haitian roots with his latest release J’ouvert, a precursor to his upcoming album The Carnival Vol. III. This makes sense because the title comes from the name of the early morning party that kicks off Carnival in Caribbean cultures. Wyclef is ready to get festive with some upbeat tracks like “Party Started” and “If I Was President 2016,” a playful take on our current political situation. There are more serious themes and many references to Black Lives Matter, but perhaps the best pop crossover track is his ode to the country of his birth and the focus of his political activism, “Lady Haiti."

The Jesus and Mary Chain, Damage and Joy
As a mainstay of alternative rock radio, The Jesus and Mary Chain combined swirling feedback and distortion guitars with surf and bubblegum melodies to create a wall of toe-tapping noise that triggered the shoegaze movement of the 1990s. The core of the Scottish group is the brothers Jim and William Reid. Like most bands of siblings, they grew to hate being around each other and the group broke up in 1998. They’ve gone on to solo projects and reunited occasionally for live shows but now, almost 20 years later, they are back with a new studio album. While it may not capture their glory days, it is a welcome bit of buzz and Britpop for those who miss MTV's 120 Minutes. Listen to the song “Amputation."

Trey Songz, Tremaine
Most singers don’t wait for their seventh album to use their own name as the title, but Trey Songz (aka Tremaine Neverson) did. Perhaps it’s his way of letting his listeners know that this one is more about the real Trey and not his alter egos Trigga or “Tremaine the Playboy” as seen on his VH1 reality dating show. As evidenced by many of the songs on the album, it seems that a more mature Trey is emerging, and the naughty R&B of his past is being replaced by more soulful tunes. For every immature, leering track like “Animal,” there are two counterpoints like “Come Over” and “Break from Love." In some ways, it represents the struggle to remain young while no longer being able to deny getting older and, hopefully, wiser. This is most evident on the track “Playboy"; listen to the clean version.

Train, A Girl, A Bottle, A Boat
Train is a rock and pop band from San Francisco capable of a range of music from dance pop to Led Zeppelin covers. They achieved success in 2001 with the mega-hit “Drops of Jupiter (Tell Me)” and have gone on to sell 10 million albums and 30 million tracks worldwide. Their 10th studio album, A Girl, A Bottle, A Boat, is their first without lead guitarist Jimmy Stafford and, as expected, the sound is heavy on the pop, light on the rock. That didn’t stop the first single “Play That Song” from already being certified platinum. They will be touring the East Coast in June, but until then you can stream the new album on Freegal.

Charlie Wilson, In It To Win It
Also known as Uncle Charlie, Mr. Wilson is an R&B pioneer and enduring influence on every new generation of performers from gospel to rap. In 2013, he won a BET Lifetime Achievement Award and the broadcast of that ceremony broke viewership records for that channel. Charlie came to prominence as the lead vocalist of the funky Gap Band, but his solo career has showcased his variety of styles and talent. His new album is full-on gospel lyrically, but covers a broad spectrum of styles musically. Guest stars Snoop Dogg, Pitbull, Lalah Hathaway, and others help spread the word, showing their love and appreciation for a man they all know as “Uncle." You can stream the album on Freegal.

Aimee Mann, Mental Illness
Aimee Mann started her musical career as a member of the 1980s new wave band ‘Til Tuesday. Since they broke up in 1989, Aimee has been forging a solo career focused on songwriting and performing music that falls under the umbrella of “indie” but really runs from folk ballads to power pop. She is a critical darling without much commercial success, a fact parodied on the TV show Portlandia, where she played herself as a cleaning woman trying to pay the bills. Chances are that her new album Mental Illness won’t elevate her star status, but it is a solid work of dark, acoustic songs best heard on a rainy day or while working through a depression. If you think Joni Mitchell’s Blue is a classic, give this one a try on Freegal.