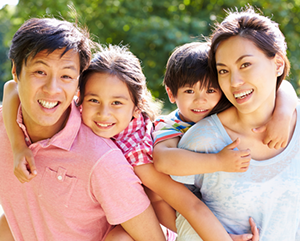 May is Asian-Pacific American Heritage Month, and we're pleased to honor some prominent figures of Asian and Pacific Island descent that have made great contributions and added to the rich cultural tapestry of the United States.

We will feature notable people from a variety of professions and careers, with a special focus on writers. Check this blog post every week in May for updates!

Author Gish Jen was born on Long Island in 1955 and grew up in New York, in Queens, Yonkers, and Scarsdale. Her parents were first-generation Chinese immigrants who came to the United States in the 1940s.

Jen is a graduate of Harvard University, with a BA in English, and received her MFA from the University of Iowa Writers' Workshop in 1983. Her work began predominately with short stories, before she moved on to novels and non-fiction, and it focuses mainly on the Chinese-American experience and the clash of Eastern and Western cultures.

Jen has had short stories published in The New Yorker and The Atlantic Monthly, and has appeared four times in The Best American Short Stories. Her story “Birthmates” was included in The Best American Short Stories of the Century, edited by John Updike. She has published four novels, and a collection of short fiction, Who’s Irish?. Her fourth novel, World and Town, was awarded the 2011 Massachusetts Book Prize, and was nominated for the International IMPAC Dublin Literary Award.

Some of her other awards and honors include a National Endowment for the Arts Fellowship (1988), a Guggenheim Foundation Fellowship (1992), the Lannan Literary Award for Fiction (1999), and honorary PhDs from Emerson College (2004) and Williams College (2015). She is also is a member of the American Academy of Arts and Sciences, and served as Sidney Harman Writer-in-Residence at Baruch-CUNY in 2013.

Her second non-fiction book, The Girl at the Baggage Claim: Explaining the East-West Culture Gap, was published in February 2017, and uses personal anecdotes alongside cutting-edge research in cultural psychology. It has received high praise from The Washington Post, Library Journal, and Publisher’s Weekly. You can hear her speak on the themes of the book in a profile from WCVB/ABC. Photo credit: Romana Vysatova, via Wikimedia Commons

Ansari is a graduate of New York University's Stern School of Business, but had already been working on his comedic chops in the local scene, with his material focusing largely on his personal life. He regularly performed improv at the Upright Citizens Brigade Theatre in Chelsea, and formed the comedy troupe Human Giant with fellow comedians Paul Scheer and Rob Huebel in 2005. The group garnered their own TV sketch comedy show that ran on MTV for two seasons.

He is most well-known for his character Tom Haverford on NBC’s Parks and Recreation (2009-2015), for which he was named one of 2009’s "Breakout TV Stars" by TV Guide, among much other praise from critics. During this time, Ansari made notable appearances in several major motion pictures, including Funny People, Get Him To The Greek, and This Is The End. He has also done voiceover work for animated films like Ice Age: Continental Drift and hit TV series such as Bob’s Burgers and Adventure Time, and he lent his voice to an animated video to promote donations for Oxfam America.

Ansari is also an author, and in June 2015 released his first book, Modern Romance: An Investigation, co-written by sociologist Eric Klinenberg. It takes a humorous look into the strange new world of online dating. The book was a New York Times bestseller and received praise from reviewers at The Atlantic, Rolling Stone, Paste Magazine, USA Today, and the A.V. Club.

In November 2015, his Netflix original series, Master of None, premiered, staring Ansari as a moderately successful comedian living and dating in New York City. His real-life mother and father were cast as his parents in the series. Though it has only aired for one season so far, it has already received numerous accolades, including a Peabody Award, an American Film Institute Award, and a Primetime Emmy Award for Outstanding Writing in a Comedy Series. Season two premieres on May 12, 2017. Photo credit: Aziz Ansari at the 71st Annual Peabody Awards Luncheon in 2012, via Wikimedia Commons

Playwright and novelist Han Ong was born in 1968 to Han Chinese parents in Manila, Philippines. His family moved to Los Angeles in 1984, settling in Koreatown, where Ong attended a predominantly white high school. He soon discovered a love of writing, including poetry that he performed as part of the Asian Pacific American Coalition, and of course playwriting. Having been accepted into a young writers’ program at The Los Angeles Theater Center, Ong dropped out of high school at age 18, but would later earn a GED.

Ong wrote dozens of plays in the mid-to-late 1990s—often performing in a few of them himself, though he had no formal training—including The L.A. Plays (1990), which ran at the American Repertory Theatre. Much of his work focuses on characters of multicultural backgrounds and differing sexual orientations, who feel as though they are outsiders. His style has been described as brute, poetic, and cinematic all at once.

1992’s Swoony Planet, a lyrical play about Asian immigrants in America searching for missing family members, won the Kesselring Prize for best new American plays. It was around that same time that he was given a commission from the Mark Taper Forum and a grant from the National Endowment for the Arts. At age 29, Ong was awarded a MacArthur Fellowship (commonly referred to as the “Genius Grant”); he is one of the youngest recipients ever, and the first Filipino-American winner.

Ong has also written two novels: Fixer Chao (2001) which was a Los Angeles Times bestseller and named its “Best Book of the Year,” and The Disinherited (2004), which was nominated for a LAMBDA Book Award. He works and resides in New York City. Photo credit: The American Academy in Berlin

Kristi Yamaguchi was born in 1971 in Hayward, California. She is a fourth-generation descendant of Japanese immigrants, with her family first coming to live in the U.S. around 1899 via Hawaii. She was born with clubbed feet and wore casts for a period to correct them. At age six, Yamaguchi began ice skating, along with her older sister Lori, as therapy for her condition. Though her sister eventually stopped skating, Kristi continued with a passion. She was home-schooled for several years to accommodate her training schedule, but eventually graduated from Mission San Jose High School.

In 1991, Yamaguchi decided to focus on her career as a singles skater and moved to Alberta, Canada. That same year, she took home the World Championship and secured a spot in the 1992 Winter Olympics in Albertville, France. Her teammates included Nancy Kerrigan and Tonya Harding. Rather than focus on advanced technical aspects of skating, Yamaguchi focused on the artistry and combination moves necessary to be a well-rounded skater. Her approach helped her win the 1992 Olympic gold medal for the United States, as well as successfully defend her World Championship. She then went on to tour with Stars on Ice from 1992 to 2002.

Yamaguchi has received many accolades for her sports career. She was inducted into the U.S. Figure Skating Hall of Fame in 1998, the World Figure Skating Hall of Fame in 1999, and the U.S. Olympic Hall of Fame in 2005. She was also a Goodwill Ambassador at the 2002 Olympic Winter Games in Salt Lake City, Utah. In 2008, she won the Inspiration Award at the Asian Excellence Awards, and the Sonja Henie Award from the Professional Skaters Association. Yamaguchi has made appearances on TV shows and in films, including Everybody Loves Raymond and D2: The Mighty Ducks. She also won the sixth season of ABC’s Dancing with the Stars with partner Mark Ballas.

Commissioner Carmelyn P. Malalis was born in central New Jersey in 1974. Her parents immigrated from the Philippines in the late 1960s.

Malalis earned her BA in Women’s Studies from Yale University, and her JD from the Northeastern University School of Law in 2001. Prior to her 2014 appointment as Chair and Commissioner of the New York City Commission on Human Rights by Mayor Bill de Blasio, Malalis  was a partner at Outten & Golden LLP. While there, she co-founded and co-chaired its Lesbian, Gay, Bisexual and Transgender Workplace Rights Practice Group; co-chaired its Disability and Family Responsibilities Discrimination Practice Group; and successfully represented employees in negotiations, agency proceedings, and litigation involving claims of sexual harassment, retaliation, and discrimination based on race, national origin, sex, gender identity, gender expression, sexual orientation, age, pregnancy, disability, and religion. 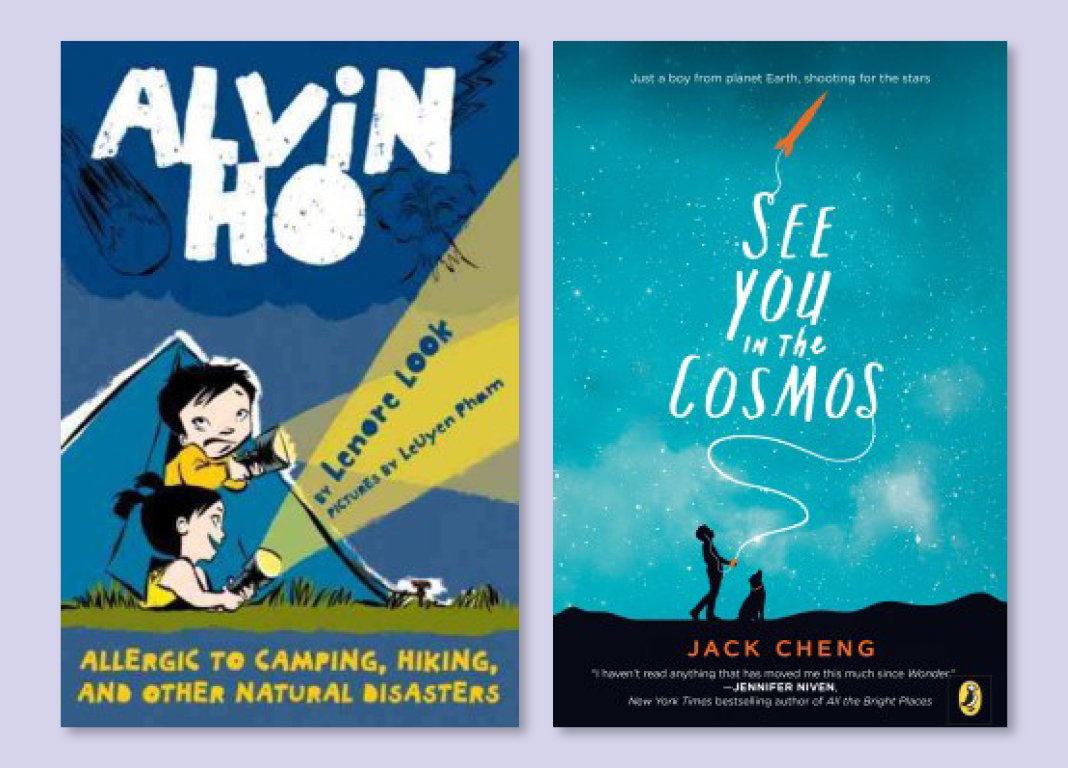 Suggestions from Our eCollection for…

There is still time this May to celebrate Asian Pacific American…

May is Asian-Pacific American Heritage Month, and we're pleased to…